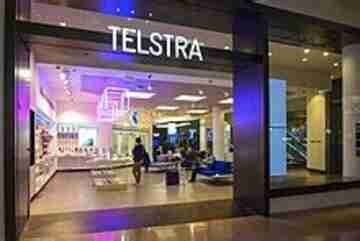 Today the ACCC held a media conference announcing that they have instituted Federal Court proceedings over Telstra. This announcement came from 18 months of collaboration work with HK, Money Mob, Broome Circle, FCA and another 18 months with ACCC, Anglicare NT and NAAJA. Initially Money Mob reached out when they were seeing a lot of clients with Telstra debts and asked if we were seeing the same. We were seeing clients who entered Telstra stores to buy credit or get phones fixed and walked out with multiple products that they neither needed or asked for and post-paid contracts that were unsuitable. This led clients into financial hardship and fear that they might go to jail if they didn’t pay. The clients that we saw had debts ranging from $800, in excess of $3,000 and some had more than one contract. It was at that point that we knew this was a systemic issue, notified the ACCC and asked more broadly if any other provider were seeing the same.

Toni Cork, General Manager of HK Training & Consultancy worked hard and with great dedication with her counterparts in Alice Springs and Broome, as well as Financial Counselling Australia and ACCC to achieve this amazing outcome. Toni's passion for fairness for all was a driving force and HK is incredibly proud of her and her staff.

Toni said “Time and time again, financial counsellors in outback towns and cities have seen clients from remote communities struggling under the weight of massive Telstra debts - sometimes up to $18,000. We have made huge progress with getting these debts waived, but we fear there are more remote people who still have debts with Telcos.”

HK welcomes the announcement and give notice to other Telco’s that this behaviour will not be tolerated. This announcement would not have been made without the collaboration that occurred between the various service providers, FCA, the ACCC as well as some very brave clients that gave evidence. For more information on the ACCC media announcement see the following link

What did you think? We'd love to hear from you. Pick your social network below and drop us a reply.

Want to stay up to date?